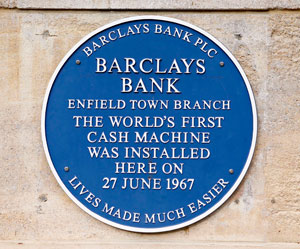 The popular saying the best things in life are free is especially true of the world class leisure facilities in Enfield that are just shouting out to be explored and they won’t cost you a penny.

Whether it’s history buffs hunting down the homes of some truly famous former residents or ambling around the iconic Forty Hall; nature lovers keen to explore the hundreds of fabulous parks and open spaces which make Enfield one of the greenest boroughs in London; or sporty types ready to sample the delights of free sporting facilities, green gyms and the fantastic leisure facilities at the Lee Valley Regional Park, there’s something for everyone.

History first, Enfield has been around for a while and oozes history from every pore. Given that there have been settlements in the borough for hundreds of years, it’s perhaps not surprising that the area boasts its fair share of famous sons and daughters who have helped to shape the United Kingdom into the country it is today.

A little known fact is that there are 47 commemorative blue plaques in the borough which mark the addresses of famous people or notable events, while dedicated history buffs could happily while away a weekend finding them all. If you are short of time, we’ve identified a few highlights which demonstrate the borough’s remarkable past.

Probably the most notable plaques in Enfield are the home of formidable Prime Minister Pitt the Elder, NSPCC founder Benjamin Waugh, World War One Field Marshall John French, world famous poet John Keats, the site of the world’s first cashpoint and British soldier Charles Coward who rescued an estimated 400 Jewish prisoners from the Nazi death camp Auschwitz while imprisoned in a neighbouring Prisoner of War camp.

If blue plaques have piqued your interest you can explore more about the borough’s link to royalty – both King Henry VIII and Queen Elizabeth I were partial to staying in the borough from time to time and visited the Elsyng Palace, which was demolished in the 17th century. The ruins of the Elsyng Palace are now situated in the grounds of Enfield’s
famous mansion House – Forty Hall, which is coincidentally open to the public, completely free of charge and a brilliant day out to boot.

The Local Studies centre at Thomas Hardy House in Enfield identifies, acquires and conserves materials that document the history of Enfield and makes these records available to residents and visitors. You can visit free of charge and explore unique historical documents dating back to the 13th century.

Enfield Museum, situated in the same building, hosts a permanent exhibition ‘Enfield Life’, which features objects used or manufactured in Enfield from ancient times to the present day. There is an additional themed exhibition.

Away from the borough’s past, the present also has plenty to offer. Enfield has many beautiful parks waiting to be explored. Many parks have green gyms to help you get in shape and there are hundreds of football, tennis and other sports pitches dotted around the borough as well as the United Kingdom’s only outdoor speed skating track in Tatem Park. So dust off those roller skates and give it a try!

Then there is the 26-mile long 100,000 acre Lee Valley Regional Park, complete with award winning open spaces, London 2012 Olympic venues (though you’ll have to pay to get in), farms, walks, fishing, cycling, bird watching and much more.

The 50-mile long Lee Valley Walk can be attempted, or if you don’t fancy going the whole distance, there is a shorter 13-mile stretch which winds its way through Enfield and is perfect for whiling away a sunny afternoon. The Enfield stretch starts in Broxbourne and ends at Walthamstow Marshes, taking in attractions such as Turnford and Cheshunt Pits, the Broxbourne White Water Centre, Royal Gunpowder Mills and the former Enfield Royal Small Arms Factory.

Tell us where you’ve visited, take some photos whilst you’re out and about, and share on social media using #EnjoyEnfield.