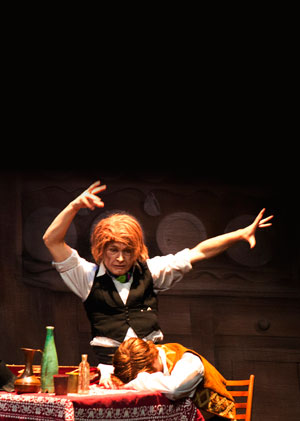 Whether you want live performances, music, dance, laughter, tears or cheers, Enfield is rapidly becoming the must visit destination for theatre goers.

Enfield’s three theatres consistently produce a broad range of high class, innovative professional shows with a mixture of big name performers and top notch amateur productions which put every corner of the borough squarely on the entertainment map.

He said: “There is a tremendous hunger for live shows amongst residents in Enfield and that is re ected in the huge number of performing arts companies which consistently produce good quality accessible plays, comedy shows, concerts and other performances at venues across the borough.

“It is unusual for a borough outside the West End to have more than one theatre – let alone four – and the fact that we do, is a testament to the reality that people want theatre and performing arts is alive and kicking here.

“There is no doubt that regardless of how eclectic your tastes are, the likelihood is that you’ll find something you want to watch at one of our live venues.

The truly brilliant thing about going to a live show in Enfield is that irrespective of which venue you visit there is plenty to do and places to eat nearby so it’s easy to turn it into an extended and reasonably inexpensive night out. You can’t say that about too many other nights out in London.”

The output of Millfield Theatre in Edmonton, Ziggy’s Jazz Club in Enfield, Palmer’s Green’s Intimate Theatre and the Chickenshed Theatre Company based in Southgate mean that residents have access to high quality live entertainment on their doorstep, while people from further afield can visit, safe in the knowledge that they’re often giving the West End a run for its money.

The Intimate Theatre, a 360 seater venue in Palmers Green, hosts productions staged by Saint Monica’s Players. The non-profit amateur drama group puts on two shows a year, a pantomime each January and a musical production in June with previous sold out shows including West Side Story, and The Wedding Singer.

Chickenshed Theatre, as the name would suggest, is an inclusive theatre company which was started in a chicken shed by musician and composer Jo Collins and primary school teacher Mary Ward in 1974.

Diana, Princess of Wales, agreed to become the theatre’s patron in 1990 and the Company moved into a beautiful purpose built permanent theatre in December 1994 after Enfield Council pledged land for the project.

As well as touring, the company now puts on a packed theatre programme from its base in Southgate plus workshops for the whole community. As well as having a packed theatre programme and workshops for the whole community, Chickenshed also tours the country with its issues-based productions, and offers three nationally accredited education courses at Foundation Degree, BTEC and BA level, which are rated ‘Outstanding’ by OFSTED.

Susan Jamson from Chickenshed said: “Chickenshed is proud to have been producing ground-breaking and life-changing theatre in Enfield for over forty years.

“Our vision is a society that enables everyone to flourish and our mission is to create entertaining and outstanding theatre that celebrates diversity and inspires positive change.

“We believe that together with the other tremendous theatre and arts provision in the borough we are all making Enfield a great place to live.” 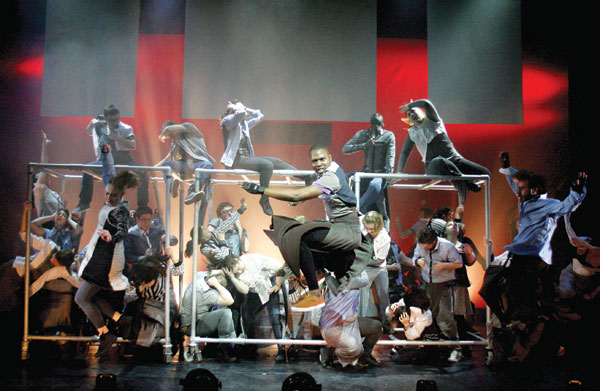 With Millfield Bar and Kitchen, one of Edmonton’s best kept secrets, catering for thirsty and peckish punters and make a visit to the Millfield Theatre a night to remember.

Another live performance venue of note in Enfield is Ziggy’s World Jazz Club, based at the Dugdale Centre. Launched in 2012 and happening once a month the evenings have featured noted performers Mica Paris and Gypsy Fire.