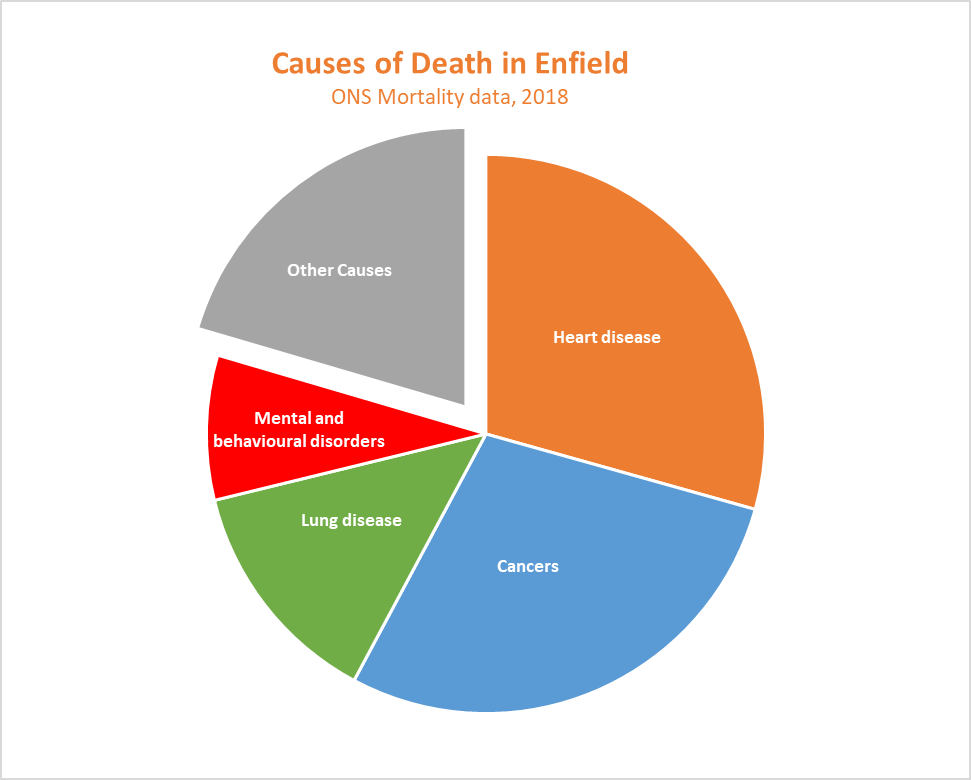 For more detailed intelligence and data on the life expectancy, healthy life expectancy and mortality rates of the population of Enfield, including excess winter deaths and most common causes of death, visit the interactive profile.